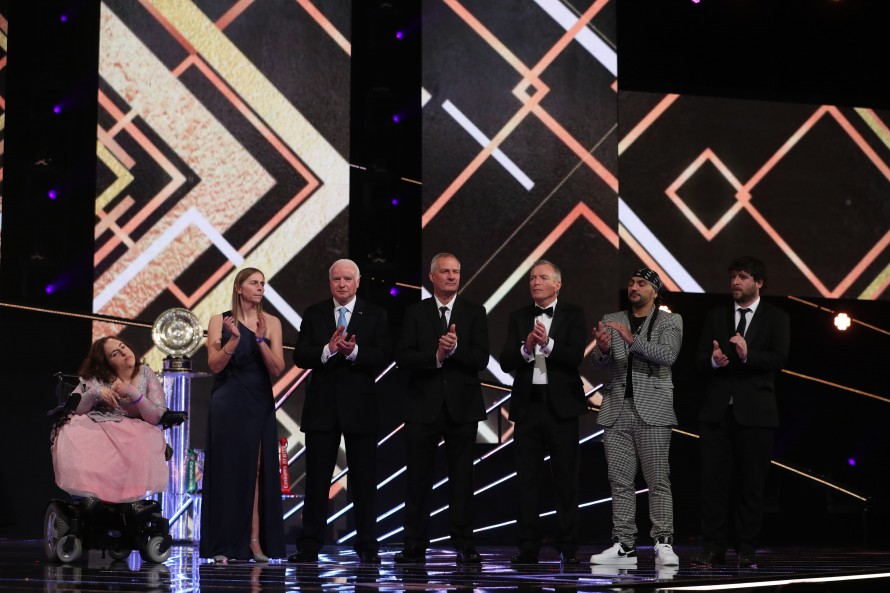 Music legend Rick Astley will front single, Every One of Us, to celebrate the Unsung Hero awards for 2020.

The 2019 regional winners of the Unsung Hero award, Captain Tom Moore and a host of sporting stars including Ben Stokes, Geraint Thomas and Dame Jessica Ennis Hill also lend their support to the campaign and there are a number of special cameos in the music video.

Olympic and Paralympic stars Tanni Grey-Thompson, Will Bailey, Kare Adenegan, Ellie and Beckie Downie, Sam Quek and Ellie Simmonds also appear in the video to show off their dancing and singing, along with Alex Scott, Gabby Logan and Gareth Thomas. Raising funds for BBC Children in Need*, the single will be the anthem for the awards in a year where keeping community spirits high has never been more important.

Rick Astley said: “When I was asked to launch a single in honour of Unsung Hero and to raise money for BBC Children in Need I didn’t hesitate. Both are brilliant causes and I hope the song can bring a bit of joy and solidarity during what has been a strange and unprecedented year.”

Alongside the single launch on the 22nd September, nominations for the Unsung Hero 2020 awards will open from 6am.

This year will see a new addition, as the Captain Tom: Young Unsung Hero award will be up for grabs for one young volunteer, who like the main award nominees has made a big difference in their local community through sport during Covid 19. The Young Unsung Hero award will be named after Captain Tom in honour of his heroic efforts raising a whopping £38.9million for the NHS while walking laps of his garden in the run up to his 100th birthday.

The young winner will be selected from nominations across the UK and must be under 15 to be eligible.

Both awards will see finalists from Scotland, Northern Ireland, Wales and each of the 12 English regions. Four nominees from the English Regions will join the national winners to form a top seven before the winner will be announced in December alongside the Young Unsung Hero.

The Unsung Hero awards will be supported by Made by Sport, a charity that champions the power of sport to change lives and to shine a light on the thousands of organisations successfully using sport to tackle major social issues.

The awards have also teamed up with BBC Local Radio’s Make a Difference campaign to shout about those who are helping their community during Covid 19. Launched by BBC Local Radio in March of this year, all 39 stations have been inviting listeners to highlight the stories of people making a positive difference in their area.

Keiren Thompson took home the Unsung Hero award in 2019. Keiren runs the community project 'Helping Kids Achieve' in Bulwell in Nottingham, one of the most deprived areas in the city. After being badly beaten in an attack and hospitalised as a teenager, he was inspired to make a change and help stop youngsters getting into similar situations.

Director of Sport, Barbara Slater said: “Unsung Hero is about honouring the people who show up rain or shine to inspire people to take part in grassroots sports and make a real difference in their local area. During what has been a very difficult year, 2020 will feel extra special as we recognise those volunteers who helped keep their community going.”

The single will be available to download on all streaming and download services from 22 September. All net profits will go to BBC Children in Need*.